Nothing found for this year at all, probably did not play as I was at university getting drunk and doing dumb, but fun, student things. 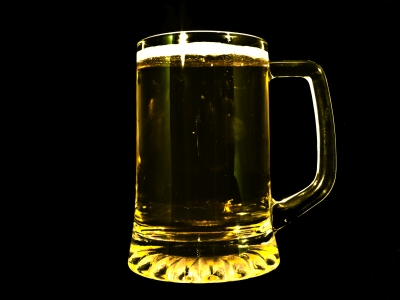 The Museum of Albian Natural History and Science, a new world for Creatures released.

Creatures 3 released, I probably attained it for my birthday (October 13th) or Christmas I don't remember which.

I remember being especially impressed with the social interactions the new norns were capable of,
and played a lot for a few months, but eventually I recognised the superiority of the original  ;-)

Mooki, my favourite daughter of immortal Dawn was born.

Earliest evidence I can find for any sort of website of mine existing,
before I added Creatures content.

This was somewhere near the beginning of my website's founding,
back then it was in a subfolder of my other half's site.

Creatures 2, the anti-Creatures was released.

Many, including myself flock to toy with its poorly constructed scripts and idiotic norns hidden under mesmerising graphics.
To be fair to the game, these problems were later fixed by patches and cobs.

The website Tortured Creatures is launched by AntiNorn, to much controversy.

Started playing again, but played sporadically, I didn't even play over the Christmas period! I obviously didn't inhale back then.

The Secret Adventure Mode is discovered by David Wood.

I finally took a break!
For two months, my hands, neck and eyes probably thanked me.

The Bacchus mutation was reported to A.G.C.

Grendel World, probably the first edited Albia, was released.
It allows grendels to breed in your world

The Genetics Kit was released, originally for sale, it is now free!
At some point in this month the second Xmas Pack for Creatures was released.

The Santa norn genome was created, trimmed of breeding genes.

John, the rapid ageing son of Dawn was hatched.

Genomes of Foxy and Vixy the Ron Norns were created, they use a modified version of the original norn sprites.

Genomes of Sid and Nancy the Forest Norns were created, they are related to PMN.

They were named after Saint Denis and

Just before my birthday I geekout over my own copy of Creatures. My mate Sarah aka SazStar bought one around the same time.
I then played it virtually every day for the next six weeks.

In this month Object Pack 2 was released.

The term "feral run" was coined.

Object Pack 2 released, along with the Creatures 1.02 patch

Object Pack 1 released, along with the Observation and Preview Kits.

Genomes of Sandy and Aaron the Purple Mountain Norns were created.
They were the first full new breed for Creatures.

The term "wolfling run" was coined.

Strippy, my first ever norn was born. Later that day Blotchy was hatched to keep her company and they had a single son, Glob.

Psychiatrists will note the ancient beginnings of my obsession.
I was forced to stop playing sometime after Christmas, when my sister took her computer back with her to university.
I backed up my norns onto a floppy disk and their descendants still breed in my worlds today.

The first Norn 6-Pack was released, containing Buffy, Dion, Jarvis, Melvin, Sharla, and Teesha.
Most of them were hatchery norns, and thus few mutations, all were well raised though.

At some point in this month the first Xmas Pack for Creatures was released, it was quite good.
It included the first version of the Object Injector and the first Santa norn.

The first Tamagotchi digit pets were released by Bandai for adoption.

Creatures was released for general sale.

Also my elder sister's 23rd birthday, so this was probably when she acquired her copy.

Brewers/Bakers Yeast Saccharomyces cerevisiae's genome was sequenced.
The first species with a nucleus to be completed.

Cain, the first natural norn born in captivity hatched on this day at 10:50 AM.
His parents are Ron II and Eve

Throughout the year, those destined to be Nornoholics or Creatures players,
toyed with such games as Full Throttle, Abuse & Discworld some still played Doom 2, SimAnt and even Lemmings.
But something wasn't quite right, all were expectantly awaiting something to change their lives forever ;-)

Dogz was released by PF Magic, the first game in the Petz series.

Ron, the first norn created in captivity on this day.

Last version of Creatures 0 was created for DOS

A strange time, I was born, before that my sisters, parents, grandparents, the Queen, Henry VIII, Muhammad, Jesus, Cher, Noah, Methuselah, all the way back to Adam. Supposedly.

At some point we evolved from some other ape, then at one point we we were tarsiers, before that tree shrews - whatever they are.

At some point we came out of the sea, and before this we were some sort of primordial self-organised chemical gloop.

Before this the gods switched on a computer and loaded their favourite game...