The Daybreak norns are a breed of immortals that cropped up on my mate SazStar's computer.

Dawn was the first one, hence the name, here follows in depth information regarding her nearest relations and descendants.

Those that carry her immortal gene are marked thusly:

Which is based on the symbol for Libra, representing the sun rising over the land.

Sometimes I refer to them as Dawnites because of their close kinship with Dawn.

Dawn also carried a mutated gene that caused pain when crowded.
Luckily she only passed this gene to Ingel, Jon and John, none of whom passed it on.

There is also a little information regarding the mechanism of the mutation and some history.

Other Immortal norns are dealt with on the main Immortals Page

Please note that several of these norns came from other computers,so generations given are just to normalise them to my Main Sequence.

Below is a family tree of all Dawn's immediate descendants, the Dawnites. The "First Tribe" is how I refer to her immediate family from her origin world on my mates computer. The other three "tribes" are descended from my own norn populace.Any norn outlined in thick yellow is immortal, most were not allowed to breed further.Those with thin yellow outlines are mortal offspring of immortal Daybreak norns. 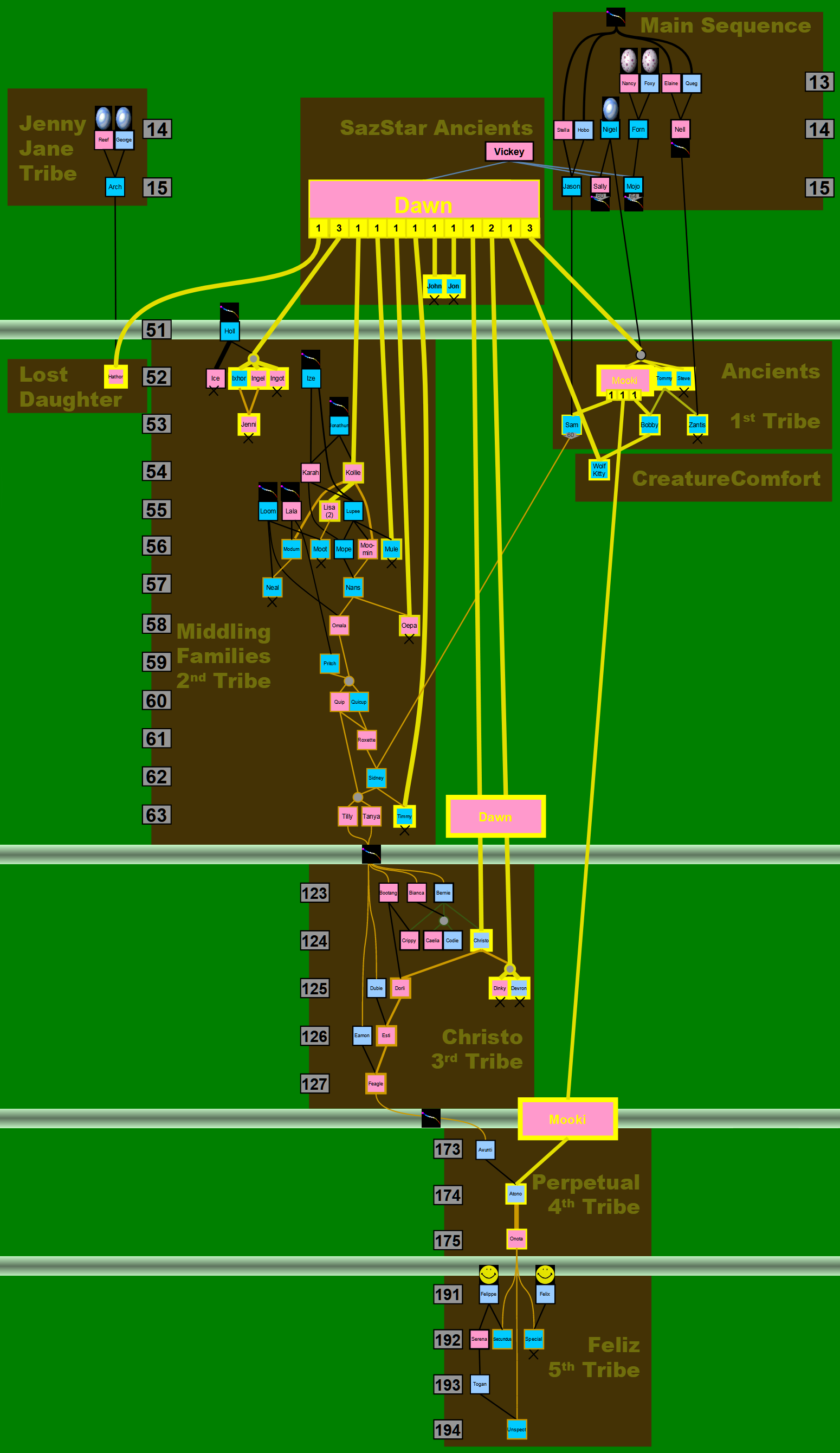 I decided to cross Dawn and my most favourite of her children, Mooki with the New Wacko norns, and here is the results. 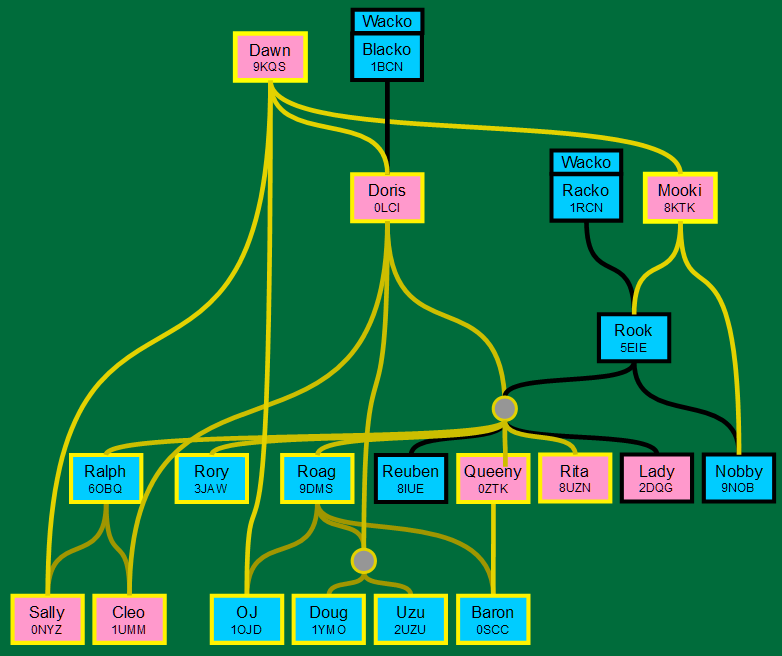 Rook is one my new favourite norns

He and his fellow clan mates are available for download.Reuben, Queeny and Rita are available as .gen files, all others are .exp files:>download here<