George, is feminine, looks like a lass, but is definitely male
Alex is the butch lady that looks like a bloke 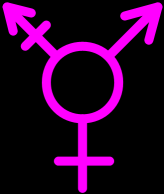 They fill slot 6 (ron norns) but I plan to also release them in a slot 9 version. Their genetics are based on Frimlin's Wood Norn (RHE) genome, with females made dark blue, males made pale pink.

Then I used Creatures Editor to alter the genetics of the wood.gen to make the norn's appearances to be of slot 6, and I sex-linked the pigment genes so that the females were dark blue (2/3 blue, no green or red) and the males were pale pink (lots 2/3 red and green)

males less aggressive, and produce oestrogen which makes them fertile

Also might use Amazon as the base genome, as their gender roles are reversed