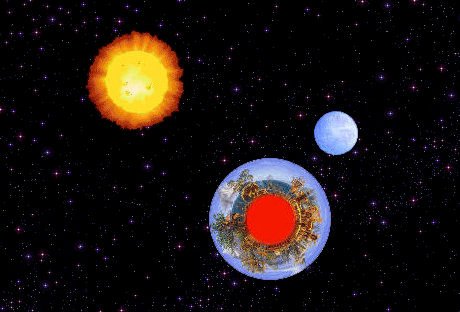 As you can see from the diagram above, Albia is a disk-shaped object that orbits a sun not unlike Sol,
the primary star of Earth's Solar System.

One face of Albia is always directed towards the primary star so that Albia enjoys the light and warmth of a continuous summer's day.

Its moon orbits in a strange geostationary orbit, and is always visible in the skies above the ocean, Albia has no tides.
Albia's moon is also todally locked, just like the Earth's moon, and it always shows the same face to it's parent planet. 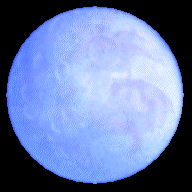 Thus we find that a day and a month are the same thing on Albia, bringing a timeless quality to the game.

Time was probably therefore measured in terms of hours, minutes and lifetimes by pre-astronomy Shee. 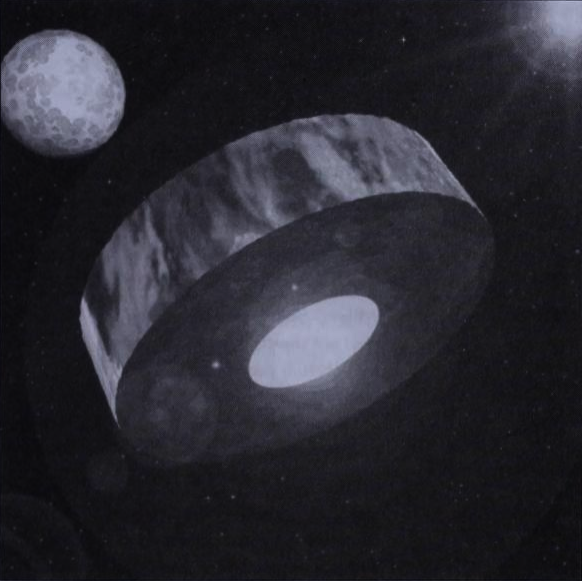 In this image from the strategies and secrets book , note the thicker world, Also the sun shines on the  side to the edge of the disk, rather than the face. 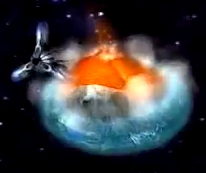 In this image of Capillata's launch during the volcano erruption.
Note that the volcano is bulging from the side of the disk

The image below was created from the world map, stretched into a disk.
Possibly more similar to the original concept! 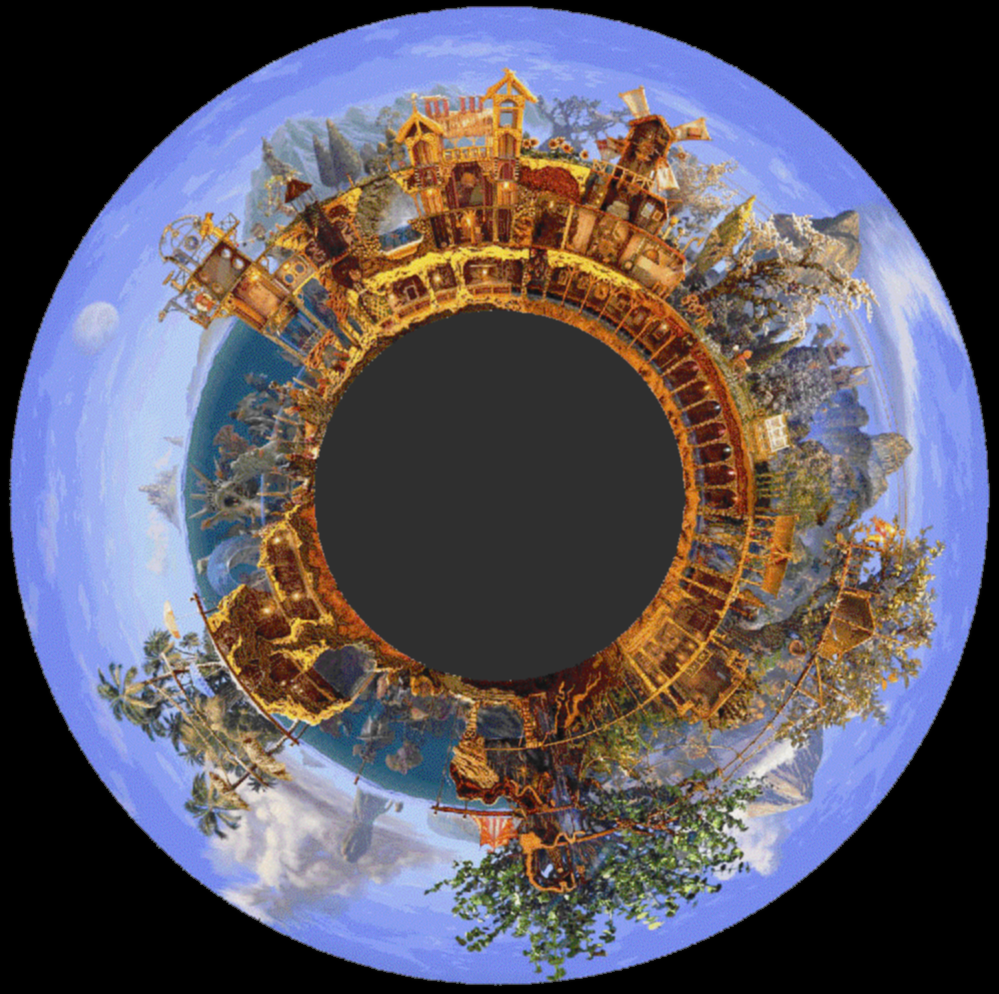