Please note that to make the following cheats work for the GOG version of Creatures,
use "Gameware Development" instead of "Millenium Interactive"

To use these cheats you need to run RegEdit.exe that is in the Windows directory

Or merge the correct file from this zip

Select the "Privileges" key, its value should be "User".

Be careful when using these cheats as you can also pick up scenery objects for example the underwater foot, pillars, plants, fire, drips, waves, rocks.

When you load up Creatures Doctor and Darwin cheats open a blank empty world, from which you must load one, Skirty and Cheese will open a world by default.
I'd reccomend using these latter ones. 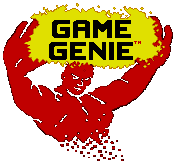 When you start the game with Doctor cheat enabled, Eden.sfc is loaded initially
Skirty loads world.sfc

World menu:
New, Open, Save the World, Save As - to control which world is being used


Testing menu:
Infinite scroll - allows you to scroll to any part of Albia
Create a male norn, Create a female norn - creates artificial banana norns
Force Ageing - forces current norn to age by one step
Instant Verb Vocabulary - teaches the current norn all verbs, it also changes what your norn calls itself, so re-register them in the Owner's Kit
Creatures Burble - allows you to switch off norn sounds
Infect Current Norn - does what it says
Euthanasia - kill current creature

Log menu:
This menu contains many options, but all are unfortunately unselectable

General effects of the cheats:

Right click picks up and drop norns, shift and left click allows movement of any object (even those usually unmovable). Remember that the game treats objects picked up in the two ways differently, those picked up in the normal way are "carried" and those shift-clicked are "edited".

Remember that you need to save the game on exiting when using any cheat as they remove the exit saving function.

At the moment only the sounds your creatures make. Goto the same part of the registry as for the Darwin cheat and find the 'Sonic' key.
Changing the value of this to 'bibble', 'nilnilly', or 'Barney' will change the sounds your Norns make.
This will probably get on your nerves very quickly.

To make it so that the game will run without the CD, either use BORG - it will open Creatures automatically when it is run. Or try the following method:

1) Go to the "INTRO" directory of the Creatures CD
2) Copy the file "SMACKPLW.EXE" to the creatures directory on your hard drive.
3) run RegEdit.exe from, your Windows directory
4)  Go to HKEY_LOCAL_MACHINE\SOFTWARE\Millenium Interactive\Creatures\1.0\
5) Edit the "IntroPath" so its value is the the path of your Creatures directory

Hey presto! your game will now run without the need of the CD 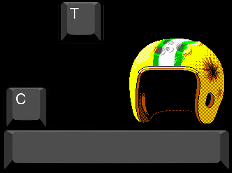 Open up RegEdit, and find the entry:
HKEY_LOCAL_MACHINE/SOFTWARE/Millenium Interactive/Creatures/Hatchery
Under there there'll be a version key, like "0.1".
Inside that there should be a key called "Eggstra", with a value of six characters. Each character represents one possible egg in the hatchery: if it's an "x", it means the egg's been used. Alter it to "0", for a female or "1" for a male.