The Santa norns were originally released as one-of-a-kind festively-dressed individual who don't grow up or reproduce. They have since been developed into a fully-functional breed.

There follows genetic information on the three breeds classed as "Santa"

Red genes are those absent from the genome, yellow ones are merely different. 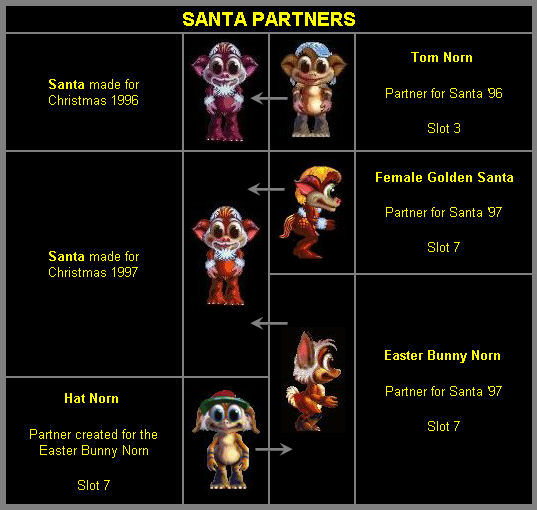